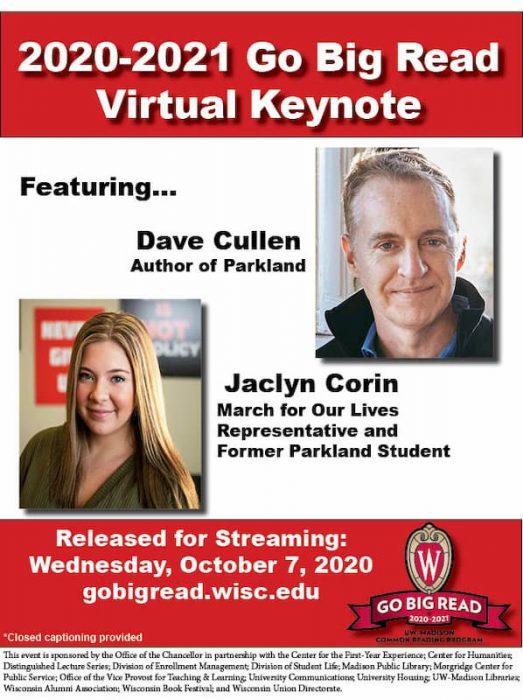 Though this year’s Go Big Read keynote event might not have been the same as in previous years, the asynchronous virtual event still gave the audience the chance to hear from the author of the Go Big Read book and what inspired them to write what they did.

After a few remarks from Chancellor Becky Blank, Parkland: Birth of a Movement author, Dave Cullen, discussed why it was that he had chosen to cover another school shooting event after his coverage of Columbine had left him emotionally scarred, and how the kids at Parkland, and their response to such a tragic event, was different from what he had seen in the past, as he recounts how “the morning after Parkland, what was happening was already so amazing.”

Cullen also walked listeners through his writing process and how his stories go from a collection of ideas, to an outline on a storyboard, and how he arrives at the final story. He detailed his approach to writing as a journalist and how sometimes taking a subjective viewpoint can make a story more effective and emotional than through an objective lens. 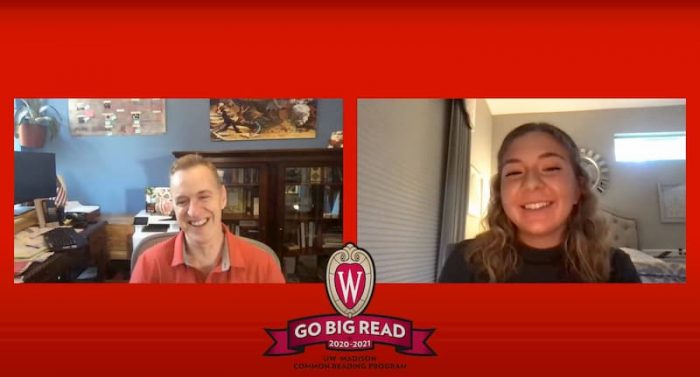 The Go Big Read program was also excited to be able to include former Parkland student and March for Our Lives co-founder Jackie Corin in this year’s event. At the end of Cullen’s keynote, Corin detailed the tragic events of Parkland and the formation of the movement afterwards in her own words. She also discussed how it was that a group of high school students could form a national movement and the important role that young people can play in politics.

After a short Q&A session between Cullen and Corin, both speakers urged the listeners to take part in their own activism and to get out and vote.

This year’s keynote event is available for streaming on our website. You can also read more about the event here.