Anyone who has been to or is from Madison has at least heard of Babcock ice cream, but what is the importance of this Babcock guy? 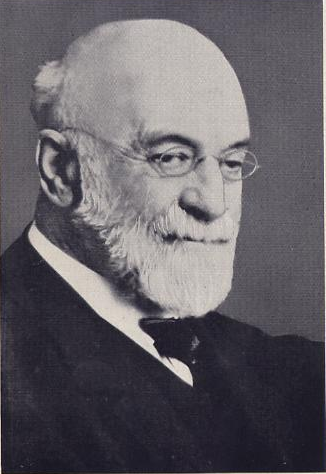 was born in Bridgewater, New York on October 22 1843. At the age of forty-five, Babcock became the chief chemist at the Wisconsin Agricultural Experiment Station and was also appointed as a professor of agricultural chemistry at the University of Wisconsin.

The reason why UW-Madison has such amazing ice cream named after Babcock is because he discovered a technique for consumers to measure the quality of their purchased dairy products, as well as made influential changes in the production of dairy products to make them safer for consumers.

In 1890, Babcock developed a test to figure out the amount of butterfat that was present in milk in order to detect any adulterations that were performed by some farmers, such as adding water to or skimming cream from the milk. This test was an inexpensive and simple way for consumers to test the purity of their milk and quickly became the industry standard for testing milk quality.

The Babcock Butterfat Test was performed by using sulfuric acid to release the fat from its normal suspension by centrifuging and then diluting it. Those testing the milk would then be able to directly measure the percentage of fat by observing it in the neck of a specifically designed test bottle. The simplicity of this test allowed for it to be practical for even persons without scientific training.

One of Dr. Harvey Wiley’s biggest obstacles during his time at Good Housekeeping was the quality of milk and ice cream that was sold on the market, and he regularly refers back to Babcock and his revolutionary adulteration test.

Babcock also went on to develop the process for cold curing cheese in 1900 with the help of Harry L. Russell, which later became the widely accepted practice for cheese curing in the dairy industry.

The most influential discovery of Babcock’s was his work in the biological equivalence of chemically similar feeds from different crops which he worked on with EV McCollum, who later discovers Vitamin A as a vital component in animal feed in 1913, E.B. Hart, the scientist who developed a method for stabilizing iodine in salt in the 1930s which is still used to ensure adequate iodine in human diets, and graduate student, Harry Steenbock, who would later ascertain the significance of Vitamin D, essentially curing rickets by 1924.

Stephen Babcock died in Madison, WI on July 1, 1931, but his legacy and the importance of food science lives on at UW-Madison, home of the Diary Research Center, a renowned food science department, and the Food Research Institute